“24/20 is designed to meet the needs of ever-growing farms and farmers who demand and expect more from their machinery,” says Jandrisch. "We did this by anticipating where the market was going to go."

In 2005, Aemsco launched the first 16-row 40 feet. wide coil The new 24/20 coil uses components from multiple smaller Geringhoff Northstar coils, such as the 16 row design. Row units are mounted on a custom-made frame. Jandrish says the components are tailored to fit 40 feet. The framework was the first challenge.

The second challenge was finding a combine large enough to lift the giant head. 13,385 lb. While frame strength was important to handle the unit, it wasn't much heavier than an OEM header. Power and capacity were real concerns. The combine engine needed not only to have enough power for 24 Geringhoff row units, but also to handle 24 rows of crop material output.

“The only combine we felt comfortable with was the Class 9 Lexion,” Jandrisch says. "Deere has enough capacity, but we weren't sure if the feeder had enough reinforcement to accommodate the 24-row header."

Mounting the headboard was one thing. Getting him on the field was one thing, Jandrisch says. Even on the Lexion, Aemsco engineers were unsure whether the feeder guard would have enough power to raise and lower the hood. Jandrisch didn't know for sure how that was going to happen until he stepped onto the field in Ohio.

“The first 24/20 went to Mark Schaffer from Norwalk, Ohio,” he explains. "While we had full confidence in the engineering and design, we were all very worried and nervous about how the headgear would perform. After almost a week of use, Mr. Schaffer reported that it performed almost flawlessly on the combine and working trailers to keep up with the head." 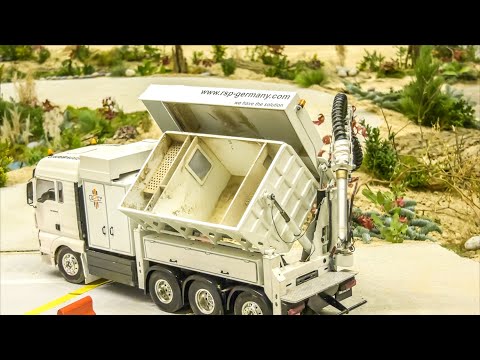 NEXT GENERATION RC VOLVO EXCAVATOR EC160E, IS IT BETTER NOW?