The F/A-18 Hornet, an all-weather aircraft, is used as an attack aircraft as well as a fighter. It was designed to replace both the A-7 Corsair in the light ground attack role, and the F-4 Phantom which operated in both the air defense and ground attack roles. It compliments the F-14 Tomcat and can be operated from forward airstrips for the U.S. Marine Corps. In its fighter mode, the F/A-18 is used primarily as a fighter escort and for fleet air defense; in its attack mode, it is used for force projection, interdiction and close and deep air support.

Recognizing the need for a smaller, less expensive fighter to counter the threat of high-performance opposition aircraft, Northrop developed the YF-17 with multiple mission capabilities. In Flight tests the aircraft achieved speeds of Mach 2, withstood over 9 g-loads in tight turns and demonstrated an exceptional rate-of-climb. McDonnell-Douglas was contracted by Northrop to aid in the transition of the YF-17 to the F/A-18 "Hornet" for carrier operations 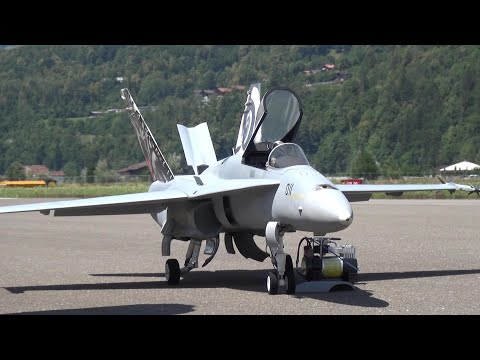