The turbine engine roars as the gray and lime-green jet picks up speed for takeoff. Just a few feet off the runway, it screams toward the edge of sight with a flash that turns heads along Folsom Drive. Aerial acrobatics at 200 mph make an impression.

“The sound of the turbine and the smell of turbine, it just has a distinct smell and sound,” says the pilot, Brian Caillouet. “It’s almost like watching the big fighter jets do their maneuvers. It’s pretty exciting and fun.”

But this feisty jet weighs just 31 pounds. Caillouet controls it with a joystick, from the Beaumont Radio Control Club Field, where the 425-foot runway is most often used for more traditional remote-control aircraft. This one cost Caillouet $5,000. 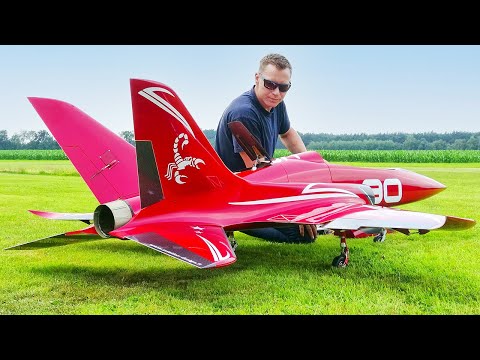